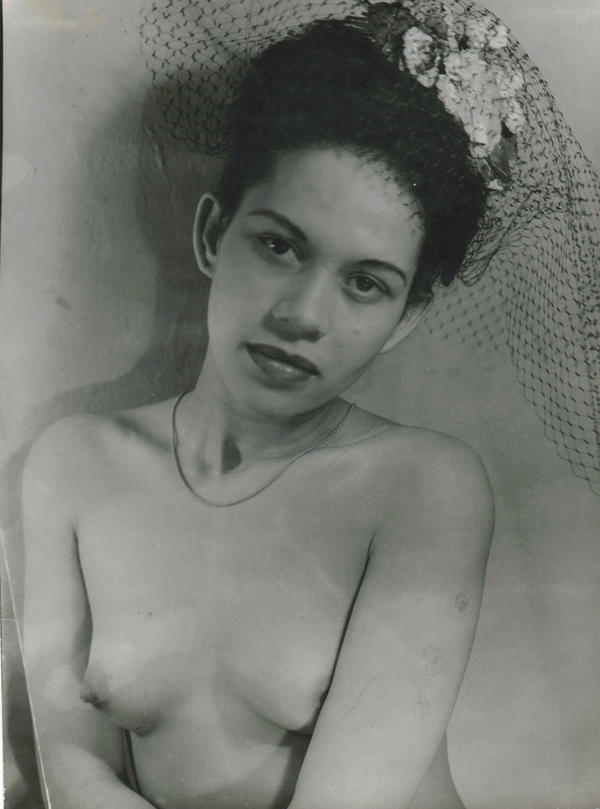 Published in: Wols Photograph, Exh.-Cat. Kestner-Gesellschaft Hannover, published by Laszlo Glozer, Munich: Schirmer/Mosel, 1978, Image. p. 55.//// Addy (Adrienne Fidelin) from Guadeloupe was Man Ray's partner. /// As a photographer (1913–1951) Wols continues to this day to be a discovery. The young, artistically ambitious, non-conformist left Dresden for Paris in 1932, where he began his artistic career as a portrait photographer. At that time, Paris, undisputedly the metropolis of the avant-garde and modern life, attracted free spirits from all over the world to seek their fortune. From 1932 to 1939 Wols created his impressive photographic oeuvre, which after 1945 he abandoned as a result of adverse circumstances and a shift in his interest to drawing and painting. In the years following his early death, the few preserved photos and negatives were nearly forgotten. (Source: https://kupferstich-kabinett.skd.museum/en/exhibitions/wols-photography/)