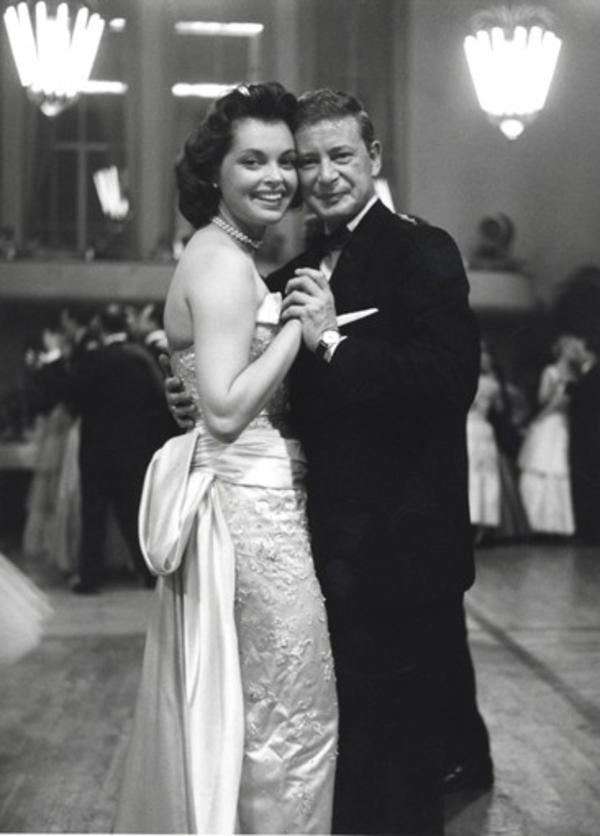 Provenance: Robert Lebeck / Gerd Sander Collection //// This photograph shows Nadja Tiller (* 1929 in Vienna) and Dieter Borsche (* 1909 in Hannover - + 1982 in Nürnberg), both actors. Together they played the main role in the film "Die Barrings" by Rolf Thiele in 1955. Robert Lebeck was born in Berlin in 1929. After studying ethnology, he decided to pursue the career of a photographer. For over thirty years he traveled around the world as a photo reporter for STERN. Robert Lebeck has photographed the personalities and events of the Federal Republic over more than six decades. //// In 1991 he received the Dr. Erich Salomon Prize from the "Deutsche Gesellschaft für Fotografie" and in 2007 the first photo reporter to receive the Henri Nannen Prize for his life's work. He died in 2014.