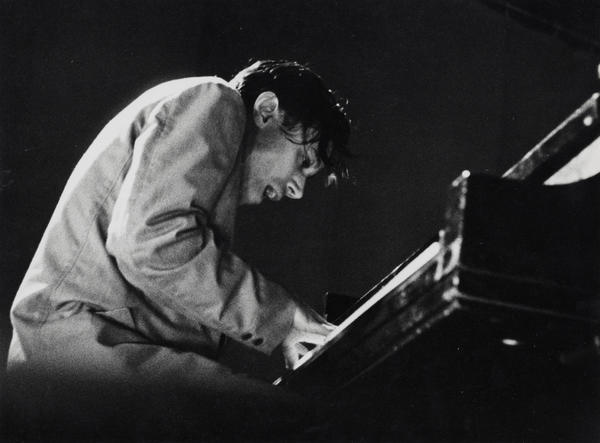 Provenance: Lisette Model, Gerd Sander Collection //// Lisette Model (born Elise Amelie Felicie Stern; November 10, 1901 – March 30, 1983) was an Austrian-born American photographer primarily known for the frank humanism of her street photography. A prolific photographer in the 1940s and a member of the New-York cooperative Photo League, she was published in PM’s Weekly, Harper’s Bazaar, US Camera before taking up teaching in 1949 through the intermediary of Ansel Adams. She continued to photograph and taught at the New School for Social Research in New York from 1951 up until her death in 1983 with many notable students, the most famous of whom was Diane Arbus. Her work has been shown in numerous exhibitions and still resides in several permanent collections, including that of the National Gallery of Canada and the J. Paul Getty Museum. //// Shown on this photograph is Horace Silver. Jazz Musician. Horace Silver is part of the hard bop trinity, along with trumpeter Miles Davis and drummer Art Blakey. This trio ushered in a more accessible form of be-bop, making it acceptable to a wider audience by their infusion of blues and gospel elements. Very well known for the "Newport Performance" 1958.