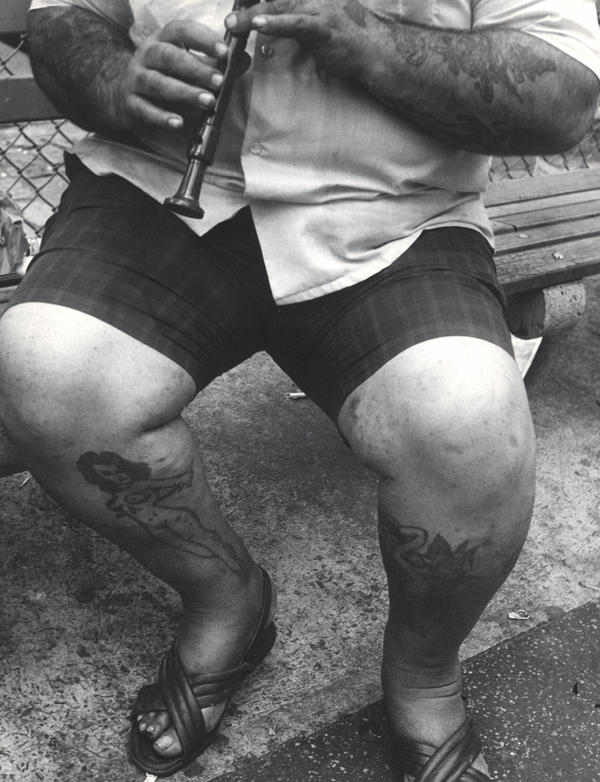 Provenance: Howard Greenberg Gallery, Gerd Sander Collection //// American street photographer Leon Levinstein is much admired within the photographic community, but little known outside of it. He was influenced directly bei Sid Grossman and the Photo League New York. Solo exhibitions at the National Gallery of Canada in 1995 and the Metropolitan Museum of Art in New York in 2010 brought him to the attention of many, but his dynamic and original work is yet to achieve the recognition it deserves. Levinstein’s fearless and unsentimental black and white images, whether shot in New York City, Coney Island, Haiti, Mexico or India, possess in Metropolitan Museum of Art Curator of Photographs Jeff Rosenheim’s words, “graphic virtuosity – seen in raw, expressive gestures and seemingly monumental bodies – balanced by an unusual compassion for his off-beat subjects”. (Source: Steidl Books)