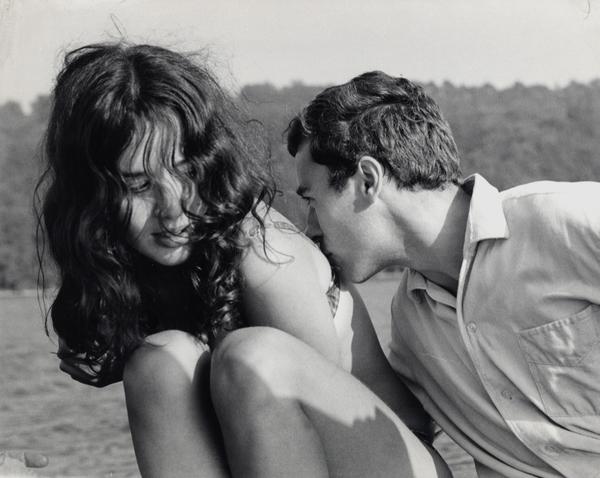 Provenance: Bassenge / Gerd Sander Collection //// During the 1930s, Herbert List spent time on the Italian, German and Greek beaches, and by the serene Swiss Lake Lucerne. Produced during a politically turbulent moment in European history, the work shows an escapist and idealist state of mind, where the power of youth and romance perseveres. The symbolic couple fascinates List, not just because it is a chiffre for something that List could not openly portray in the political climate of his times; it fascinates him, because it allows him to portray elusive subjects like love, intimacy, or friendship. In the careful arrangement and framing of objects, he charges these stills with meaning and emotions.