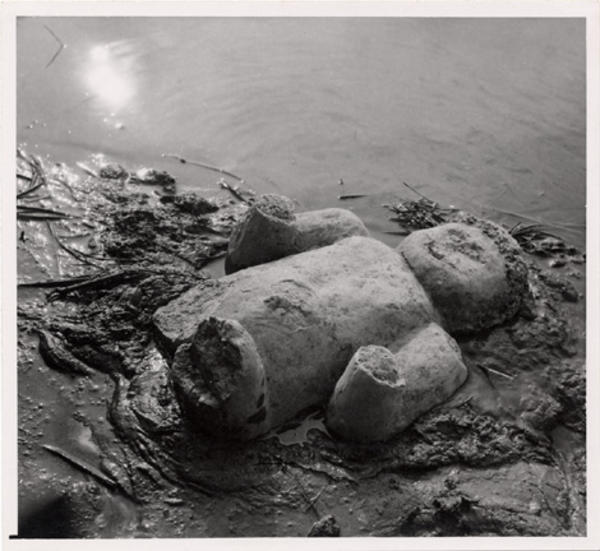 Provenance: From the Artist to Gerd Sander //// Peter Keetman was born in 1916 to a wealthy family in Elberfeld. His father Alfred Keetman was bank director of the banking house J. Wichelhaus P. Sohn. Peter Keetman lived with his wife Esa in Prien, Breitbrunn and Marquartstein in Chiemgau (Upper Bavaria). From 1935 to 1937 Keetman attended the Bayerische Staatslehranstalt für Lichtbildwesen (later called: Staatliche Fachakademie für Fotodesign Münch). After graduating he became assistant to industrial and portrait photographer Gertrud Hesse in Duisburg and to industrial photographer Carl Heinz Schmeck in Aachen. In 1940 he was called up as a railway pioneer and returned from the war in 1944 seriously injured. From 1947 to 1948 he attended the master class of the Bayerische Staatslehranstalt für Lichtbildwesen. In 1948 he assisted Adolf Lazi with the planning and realization of the exhibition "Die Photographie" 1948 in the Landesgewerbemuseum Stuttgart. In 1949 Keetman was a founding member of the avant-garde photography group fotoform and played a decisive role in determining the direction the so called subjective photography took. In the exhibition "Subjective Photography" put together by Otto Steinert in 1951 and in the accompanying photobook, Keetman's works have a formative role. From 1948, Keetman was represented with pictures in all major German and some international photo magazines. His work series "Eine Woche im Volkswagenwerk" (Volkswagen: A week at the Factory), which he photographed in 1953 in Wolfsburg, became particularly well known. His pictures of assembly line technology, car body parts and technical details of the Volkswagen Beetle were revolutionary, graphically designed photography through cropping and perspective. The Museum Folkwang and the F. C. Gundlach Foundation dedicated a comprehensive retrospective to the photographer in 2016 on the occasion of his 100th birthday under the title "Peter Keetman. Gestaltete Welt" (Peter Keetman. Shaping the World). (Source: Wikipedia)